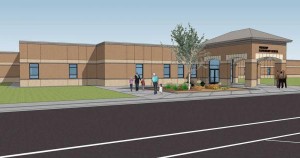 Looking for real estate in Frenship? View our Frenship Homes for Sale.

Frenship High School is located just west of Lubbock, Texas with an enrollment of approximately 2,000 students. FHS has a long history of academic excellence and innovative programs that meet the needs of its student body. Students at FHS can earn college credit through the various Advanced Placement, Dual Credit and Tech Prep courses that are offered each year.

History of the formation of the Frenship Independent School District

WOLFFORTH, TEXAS: Wolfforth is on U.S. highway 62/82, Farm Road 179, and the Santa Fe Railroad, eleven miles southwest of Lubbock in southwestern Lubbock County. Like many towns of the region, it evolved when the Panhandle and Santa Fe Railway built through the area. It was established in 1916 and named for two brothers, George C. (Tildy) and Eastin () Wolffarth.

George Wolffarth, an early rancher in the 1880s, held various county offices and was later president of the Citizens National Bank of Lubbock. Eastin, a Lubbock County sheriff around 1900, had also ranched in the area. Almost immediately confusion resulted over the spelling of the settlement’s name.

For a time the post office and the railroad depot (both established in 1923) had different versions. Eventually, the misspelled post office version was adopted. Wolfforth was near the Spade Ranch and profited when the ranchlands were sold for farming in the 1920s and 1930s.

The Wolfforth school was combined with three other rural districts (Carlisle, Hurlwood, and Foster) in 1935 and renamed Frenship school. A population of around 100 was reported in 1940 when the town had three churches, a school, and a branch library. Five years later the community reported fourteen businesses, five school buildings, and a population of 150.

CARLISLE, TEXAS (Lubbock County): Carlisle is on State Highway 114 and the Santa Fe Railroad three miles east of Reese Air Force Base and five miles west of Lubbock in west central Lubbock County. It was named for rancher W. A. Carlisle and grew up around a school in the early twentieth century. A congregation of the Church of Christ met there from 1918 to 1923.

By 1927 the Carlisle school was one of twenty-six rural educational districts in the county. Carlisle combined with Hurlwood, Wolfforth, and Foster to form the Frenship Rural School District in 1935. The town had two stores and was known as the site of the largest vineyard in Northwest Texas during the 1940s. In 1983 Carlisle was still listed as a community, but on January 27, 1984, it was annexed to Lubbock.

, TEXAS: Hurlwood is on State Highway 114 and the Santa Fe Railroad, near the Hockley county line twelve miles west of Lubbock in western Lubbock County. It grew up around a railroad switch in 1924 and was named for Claude B. Hurlbut and W. M. Wood, two early settlers. A post office was opened in January 1926, and a school was built by 1928.

In 1935 Hurlwood school was combined with three other rural districts to form the Frenship Rural High School District. By 1940 Hurlwood had a population of fifty, two gins, two groceries, a grain elevator, a blacksmith shop and garage, a poultry store, and a church.

Interested in browsing real estate provided by realtors who know Lubbock? Check out our Home Search page for Lubbock real estate and homes for sale.

We look forward to helping you with your Lubbock real estate needs.